P3T6 American Dream from Kapaa Middle School MEDIA on Vimeo.
Hey guys! I'm back again lip syncing my heart out in our Music Video Finale! With my group, Aftan Dodd, Isaac Dubey, and Alex Henriques! We are doing "American Dream" by Switchfoot. Yas! Our story is where 3/4 of us are depressed and on of us tell us that we shouldn't be out for ourselves all the time and that we should have fun sometimes. 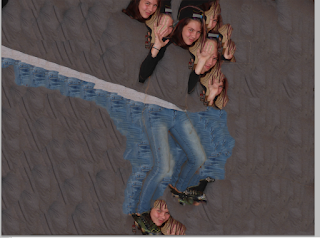 The first thing we had to do was create our music video document. Then, we put the lyrics into the documents and match it up with the timing. We had one Film Session in school which was very productive. Our team filmed about 40% of the video in that film session. Aftan and I ended up Being the ones doing the music video band poster and Isaac & Alex are doing the  editing. Blooper of the day: I was letting Aftan do the cutouts of us and she accidentally pressed "fill" and we created a meme right then and there. (Thanks Aftan!) 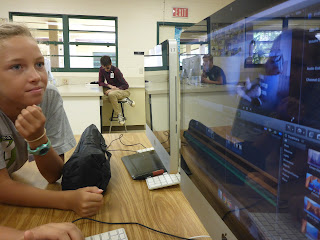 We turned in our video and now all of them are on vimeo. This, sadly my last blog post for the year But, I'll see you next year, IN 7TH GRADE! Bye guys! Hope you have an awesome summer!!
Posted by Emily Studios at 11:33 AM No comments:

What's up guys?! I'm back again but this time "starring in a movie" in our MOVIE TRAILER PREMIER! (Woo Hoo!) In our G.T. class, our task is to create a movie trailer with sound effects, music, and everything. Our goal is to "Plan and produce a 90-120 second fictitious movie trailer that captivates your audience without giving away the ending." -Mr.Sanderl. My group is Chelsea Schnieder and Jazmyne Ganir. Check out their blogs too! Our Trailer is called "Forgotten Message." It's about three girls who get stranded on an island and they don't know where they are or what to do about it. When they wander into an open field and there is a bottle with message in it. Then girls wonder if the message can tell them where they are. 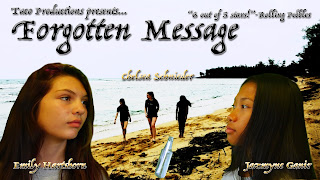 Some challenges that we ran into were making sure we had everything we needed and that we kept getting rained out when we tried to film. Some successes were making sure that we met up to film and that we recorded audio, filmed at school, and met twice outside of school, which was required. after that Mr. Sanderl wasn't on our case the entire class. Oh yeah, and you can't forget about the MOVIE TRAILER POSTERS!! Ours wasn't super great but it was decent... Anyways there was some really great movie posters too!

We did somewhat well on the critique I believe we made it out with a 3/4 (a B) It was very fun to do the movie trailer and I think it was really fun. Catch you later!


Posted by Emily Studios at 1:49 PM No comments:

Hello again! Our new  project is metamorphosis animation. In our G.T. class, our teacher told us to get into groups of three and it had to have at least one of each gender and at least  two different grade levels. I ended up with a 7th grader (Isaac Dubey), and an 8th grader (Lucas Freitas-Diaz).* Both of which are somewhat familiar with computers. We had to come up with two focus statements our were People accept Crocs & King loses Royalty.

We presented our pitch and ended up doing King loses Royalty, our second focus statement. King loses Royalty is about a happy king who meets a princess. The princess is a witch, who turns the king into a crow. As a crow, the king meets a pigeon, who is his "guardian angel", 😂 more like "guardian pigeon!" Anyways, the crow eats a magic, glowing nut, which tells him that the princess is the witch that turned him into a crow! Knowing that, the crow, pigeon, and the king's knight go chase the witch and trap her. After the witch was caught, the crow and the pigeon turn back into their human selves, get married, and live happily ever after. We used stop-motion and Photoshop animation for our video. Lucas and Isaac used Photoshop and I used stop-motion.

AHHHHH!!!! Time for the FINAL CRITIQUE!!! For the critique, we took a whole class period to watch everyone's videos. All of the animations were awesome! Krystal meets Friends won with 13 votes! Great job guys! Check out their blogs! Sophia Ibanez, Ella Anderson, Stephanie Aguinaldo!
We got 2 votes for our animation. Not super great, but you know we tried, and we did great!
Posted by Emily Studios at 11:05 AM 3 comments:

Hello again, this time we are doing low-poly portraits. Today we are talking about facial expressions and how they are universal. There are six main expressions/emotions: Joy, sadness, anger, disgust, fear, & surprise. Note that four out of six of them are negative emotions. But why? Because these six emotions are universal. 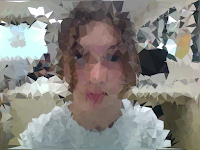 We created this project using adobe photoshop, photo booth, & an awesome computer teacher. First, we went into Photo booth and took a picture of ourselves. Then, we opened that photo with Adobe Photoshop. We then outlined the photo(s) & filled  half of the face with triangles. After we did that we blurred the triangles, selected the triangle half, copied it, and then mirrored it. For my second low-poly picture I took a picture of my little brother wearing sunglasses. This time I did the whole face instead of mirroring half. Instead of of outlining the triangles I just took the polygonal lasso, outlined shapes and used the eyedropper tool to get the correct color one at a time.

I enjoyed doing low-poly portraits. I learned a lot about photoshop during this project. Doing poly portraits improved my photography skills and my Photoshop skills. I should do it again sometime.
Here are some of the other pictures! :)

I interact with nature by swimming, Digging,picking flowers,getting dirty, Climbing trees and getting sunburned. Pretty much anything you do that involves anything that isn’t man-made. Nature is the sun, trees, water rocks exc. Anything man did not create. Nature impacts my life by making beautiful scenes to inspire me, by getting me sunburned and dirty. Nature also impacts my life by blowing my hair around, making me fall down and making me freak out in the dark.


Retiming nature is taking something that is a crucial part of the earth that was not created by humans and either showing how much something moves in a long amount of time or showing us every little detail when something is doing a small task in a short amount of time. That is retiming Nature. You can use Final Cut Pro X (10)to retime it. 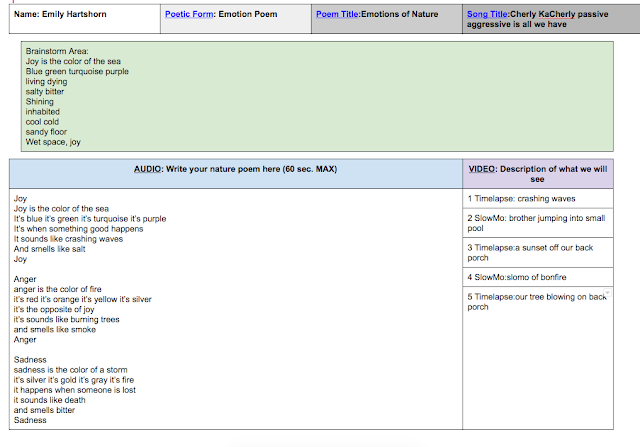 Posted by Emily Studios at 11:44 AM No comments:


For me, poetry takes me to another world.
One where you can imagine it where it


to take me to that world when it has very


imaginative ideas in it.

I have an ambition
to be an awesome musician
to be an artist
that really ain't artless
to be at least kind
but not out of my mind.
if you dare me i'll try
but you won't see me cry
if you meet me you'll find
that i have the eye....
...of the tiger

that was a little bit about me.
you'll learn more through my
blog posts. 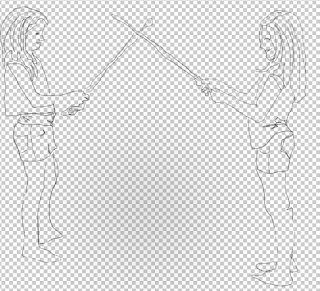 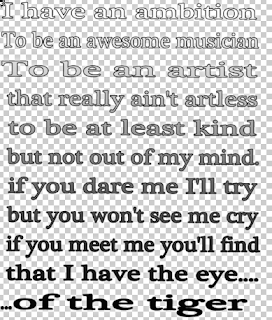 Posted by Emily Studios at 11:25 PM No comments: